For those who are not familiar, the team which I have competed with for the last few years was made up of students whom mostly graduated last semester. We ended off our last year competing together by advancing to the National Wildcard for CCDC by placing 2nd in the Northeast Regional and by advancing to the global finals of CPTC by placing 2nd in the New England Regional.

This semester we have put together a new team which has started off strong by qualifying for the Northeast Regional of CCDC the first time competing together! This new team consistes of the following students:

This is particularly impressive for these new competitors as most of them learned everything for this competition starting in the beginning of the fall semester, whereas many of the other teams competing consist of team members with significantly more experience. 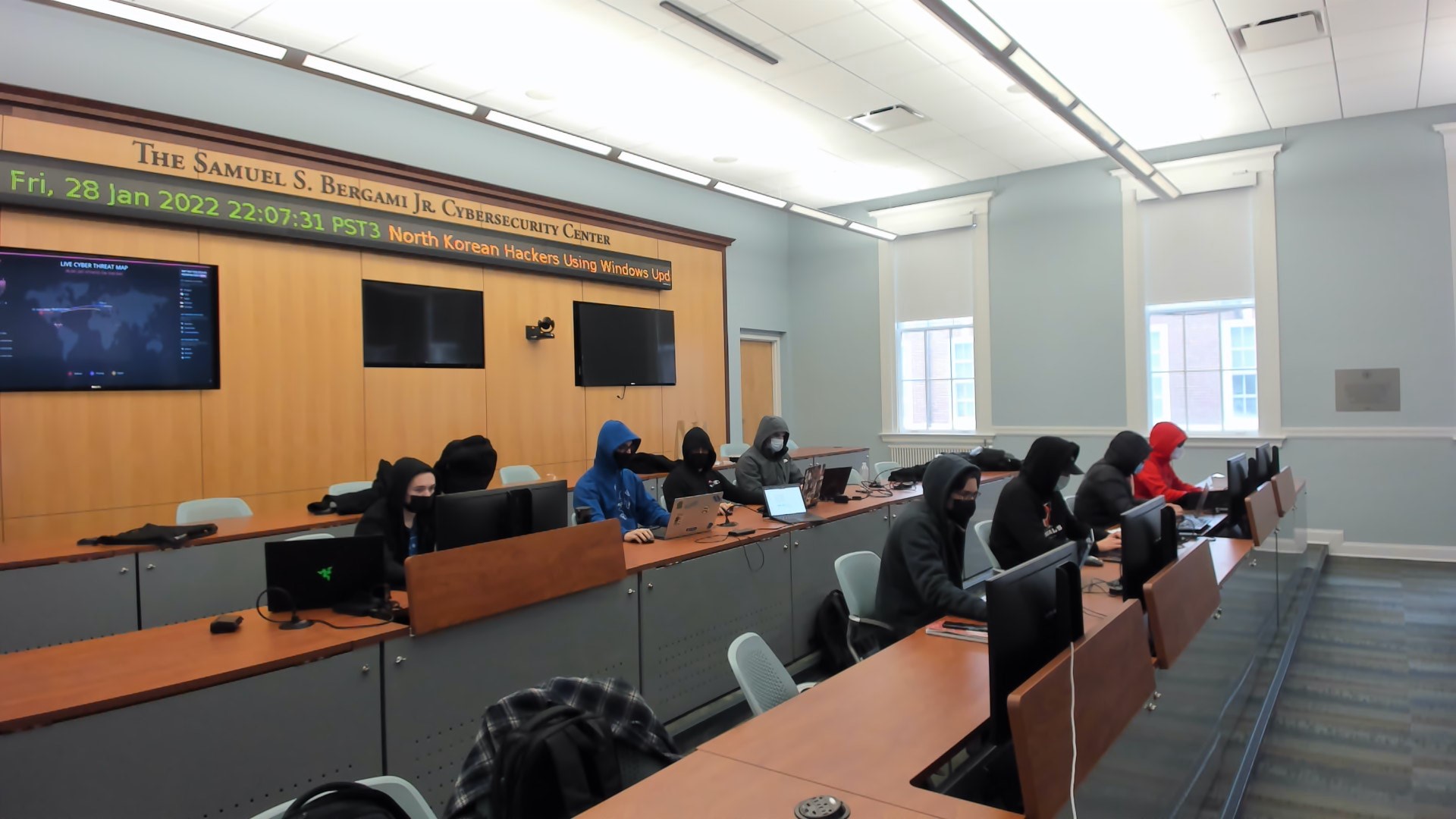 Below is an image from the @NECCDL twitter which details the other teams which we will be competing against in March. 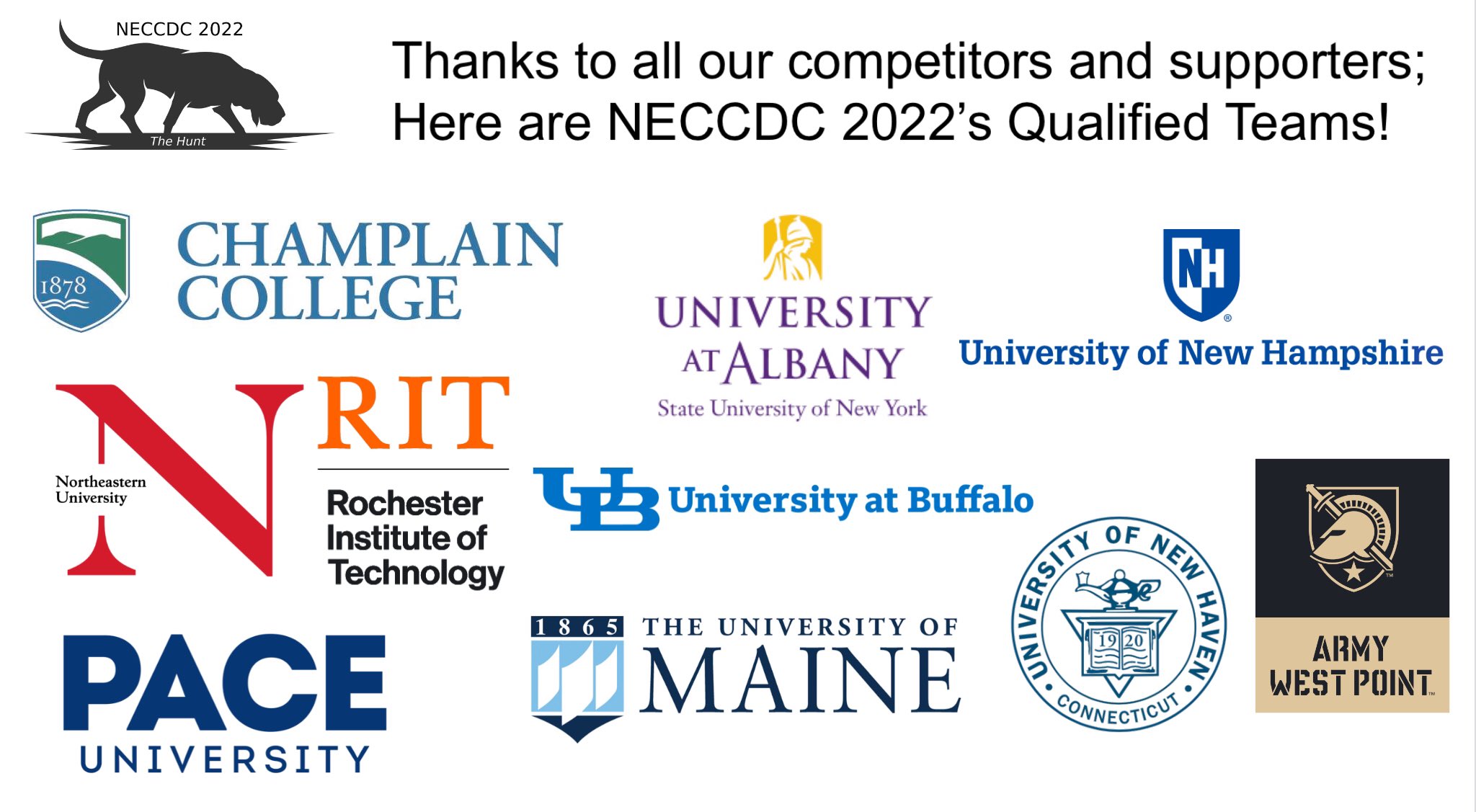